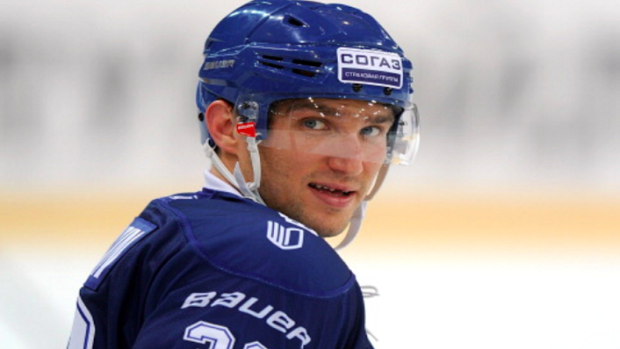 Can you believe there was ever a time that people could debate Ovi’s legacy and be taken seriously?

Before 2018, Alex Ovechkin was a World Junior champion, a Russian Super League Champion, a Calder Trophy winner, an NHL All-Star, an Art Ross Trophy winner, and six-time Rocket Richard Trophy winner. These accolades alone, combined with his insane nose for the net and his superstar status, would have been more than enough for us to consider his career legendary and his legacy the same way.

Of course, for many people, none of this was enough without a Stanley Cup win.

One of those people was Alex himself, and when the Capitals finally tasted Stanley Cup glory in 2018 with Ovi leading their way to the top, it was one of the most special Cup wins of all time.

Pretty sure Ovi isn’t gonna let go of the cup all summer 😂?? pic.twitter.com/W6784qieBe

Ah, the Summer of Ovi. A simpler time.

With his legacy finally solidified after adding a Stanley Cup and a Conn Smythe to his resume, it would probably make sense for the 35-year-old to consider winding down his career, right?

Well, not really. It is Ovi after all, and it really does look like he’s still playing some of the best hockey of his career. With that in mind, Ovi doesn’t really see himself hanging ‘em up anytime soon, but when he does, he knows where he wants to do it.

Ovi started his professional career in Russia, where he played four years with the Moscow Dynamo. He returned to the same team during the 2012-2013 lockout, and has been spending time with them during the current shut down, too.

Recently, in an interview with Russian Television International, Ovechkin said that he  wants to end his career in Russia, playing for none other than Dynamo Moscow.

Of course, this won’t be for another “ two, three, four, maybe five years”, but here's a translation of what he said about how he pictures the end of his hockey career.

“There are certain goals that I want to achieve after my career. But my career is not over yet. I’m still in my prime. I think I will definitely play for a few more years. God grant that my health is good. I would finish in Russia at Dynamo Moscow.”

“It’s not a question of money. It’s a matter of principle: I played for only two teams – Dynamo and Washington. It is clear, in two, three, four years, maybe five, I will end my career in Washington. I want to end on a beautiful note – to play the last match for Moscow Dynamo”.

Okay, honestly? It sounds pretty cool to bring his whole career back where it began. The entire interview is in Russian, and can be found below.

This seems like the most fitting way possible to go out for this legend, and we can’t wait to see the highlights of him lighting it up in the KHL when he’s approximately 76 years old. Live it up, Ovi!