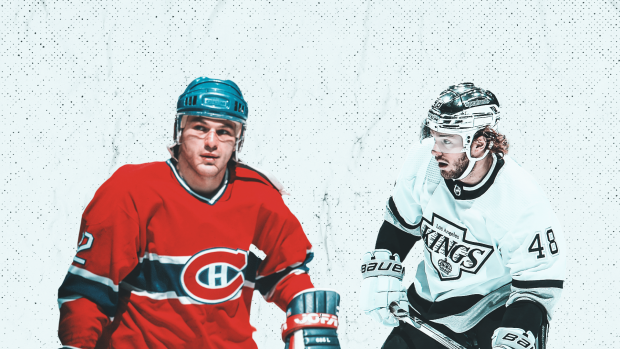 On Tuesday evening, the NHL Department of  Player Safety released their decision on the situation that unfolded last Saturday as the Los Angeles Kings hosted the Ottawa Senators.

The incident shocked tons of hockey fans, though maybe not as much as the repercussions that the league struck down on him.

Though if we look back to May 22nd, 1986, ten years before Brendan was born, his father Claude Lemieux engaged in a pretty similar situation, making the events over the past weekend seem even crazier.

Following the buzzer of Game Four of the Stanley Cup Finals, a fight broke out after Montreal’s 1-0 win over the Calgary Flames. And as refs handed out 122 minutes in penalties, Claude Lemieux was amongst the mix as he bit down on Flames’ Jim Peplinski.

Does biting run in the family?

What a quote. You cannot make this stuff up,