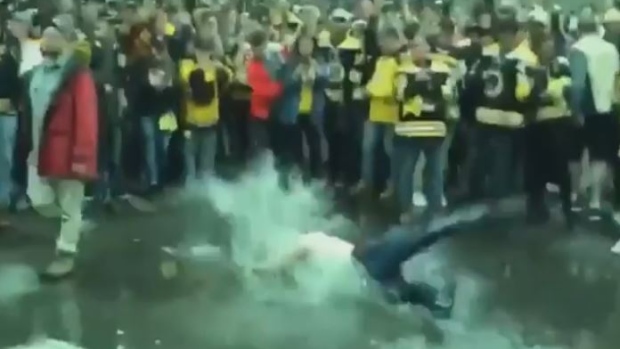 The Boston Bruins clinched a second round berth a couple of hours ago and the Bruins faithful weren’t going to let a little inclement weather ruin the post-game party.

While the fans cleared out of the arena, they ran into a little issue as part of the street was completely flooded from the rain. However, one fan decided to embrace the moment and went for a swim in the massive puddle.

Not many Bruins fans followed in his footsteps, but every single one of them was feeling just as good after the win.