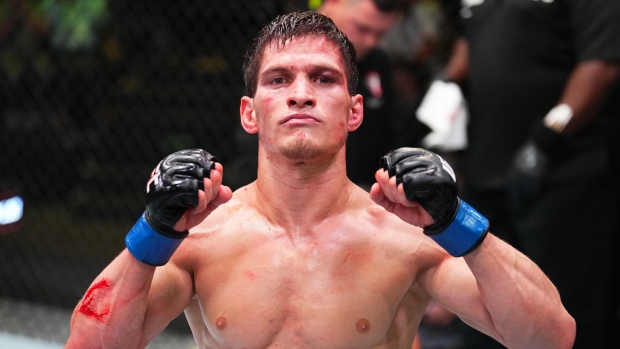 The UFC has booked a featherweight main event between two undefeated contenders in Bryce Mitchell and Movsar Evloev for its UFC Fight Night on Nov. 5 in Las Vegas, UFC officials told ESPN.

The promotion has not announced a location for that event, but it's expected to take place in Las Vegas and air on ESPN+.

Mitchell (15-0) is a perfect 6-0 since signing with the UFC in 2018. Five of his six wins have come via decision, but he has looked dominant in the majority of those, especially as of late.

The 27-year-old from Arkansas is coming off the biggest win of his career against Edson Barboza in March. He also holds wins over Andre Fili, Charles Rosa, Matt Sayles, Bobby Moffett and Tyler Diamond.

Evloev (16-0), of Russia, has been equally impressive in the Octagon. He is also 6-0, with all six of those wins by decision. His level of competition has steadily ticked up over the past year. He is coming off an impressive victory over Dan Ige in June.

According to UFC rankings, Mitchell and Evloev are No. 9 and No. 10 at featherweight, respectively.