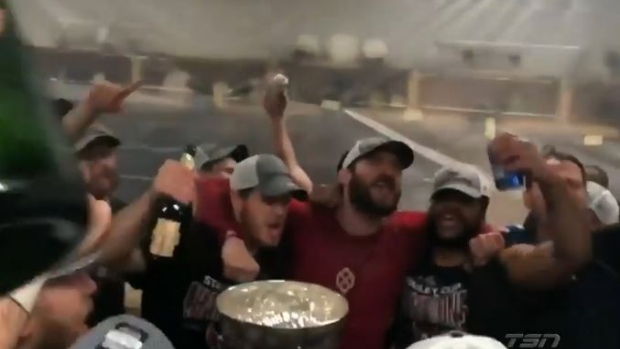 The Washington Capitals made franchise history on Thursday night in Las Vegas as they captured their first Stanley Cup title in franchise history. From emotional post-game interviews to the team celebrating in the locker room, the post-game celebrations were like other ones in recent history.

After speaking to the media and skating around the ice with the Stanley Cup, the players went back to the room and celebrated as a team and they capped it all off with the singing of Queen’s ‘We Are The Champions’.

Must See: Caps sing 'We are the Champions'

Whether you’re a young child winning your first big tournament or an NHL superstar capturing your first Stanley Cup title, Queen’s hit has been a go-to for a lot of athletes over the past 40 years and the Caps made sure to capitalize on this special moment.

WE ARE THE CHAMPIONS!!! #ALLCAPS #STANLEYCUP pic.twitter.com/uBSP6XXTJO