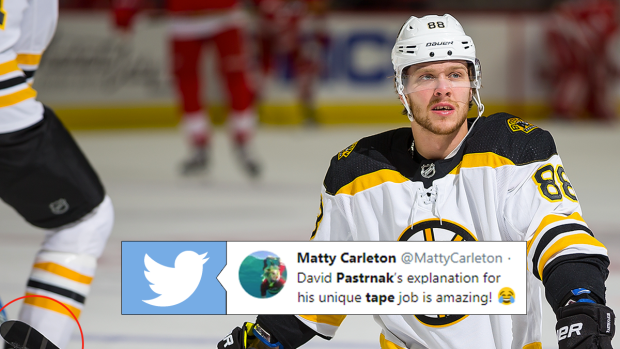 David Pastrnak didn’t have much puck luck last night, but it seems like fans might want to blame it on his tape job.

Pastrnak’s TJ received a lot of attention after notching six points in Boston’s Game 2 victory, most of it being negative attention. Tape jobs have become pretty consistent across the NHL today, so to see someone with something so drastically different had people up in arms. One popular tweet even suggested that it could be affecting his play negatively, but he seems to be doing just fine.

We don’t imagine he will be changing his ways any time soon, but Pastrnak did explain why he tapes his stick that way.

#DavidPastrnak on his unique tape job 👀 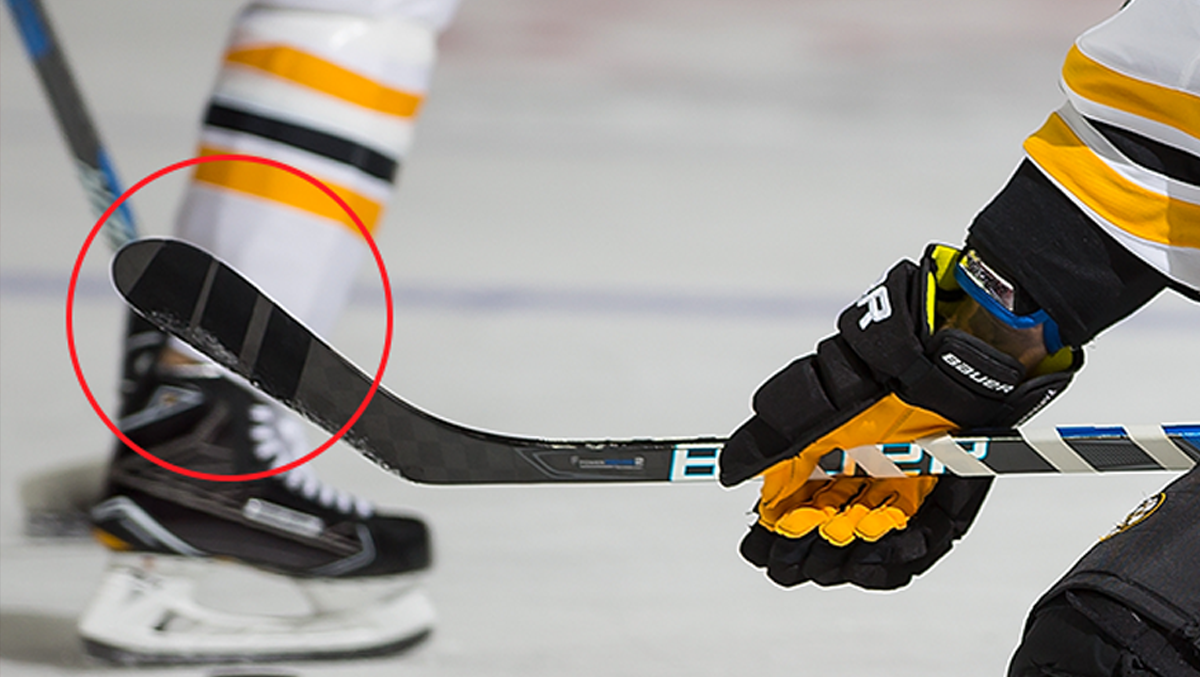 If you look back in time at Bobby Orr’s tape job or Wayne Gretzky’s you can see they often used some weird styles as well (Orr even used a single strip quite often), so Pastrnak doesn’t have much to worry about. Besides, we’re pretty sure that no matter the tape job, Freddie Andersen wasn’t going to let this one go in.