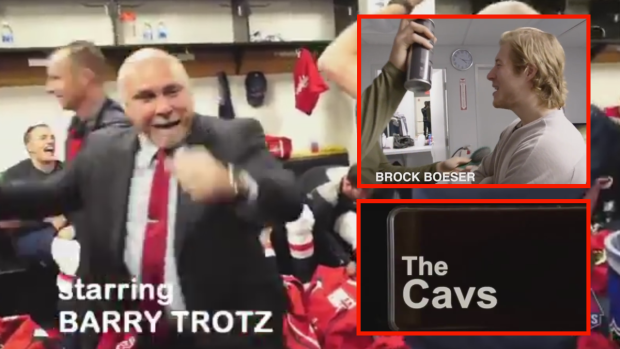 The Office has to be one of the most loved shows in modern times. It’s happy-go-lucky attitude and cast of lovable characters (as well as its convenient homestay on Netflix) has worked its way into the hearts of viewers everywhere. While lots of people advocate the the original English office is better, we all know which one is actually king sitcom.

Recently sports fans have started to take advantage of the beloved show, and it’s recognizable theme song. A video emerged starring Toronto Raptors players last week, and now all of a sudden there are more and more popping up

Since then, the Philadelphia Flyers, the Washington Capitals, and the Vancouver Canucks have all gotten in on the action. The content withing generally features establishing shots of the given city, as well as “Office like” moments of players from the team. The signature taglines introducing each player are also a staple of these latest trending videos.

Here's The Office intro, but with the Washington Capitals pic.twitter.com/NeaomkMktc

The Detroit Lions have gotten in on the action

The Lions - The Office Parody pic.twitter.com/UbWfQW1uBK

"The Cavs" - Parody of "The Office" pic.twitter.com/kIjaYywHs1

Here’s the @Padres version of The Office intro pic.twitter.com/33nAQi7PKM

Well then, this isn’t bound to end anytime soon…