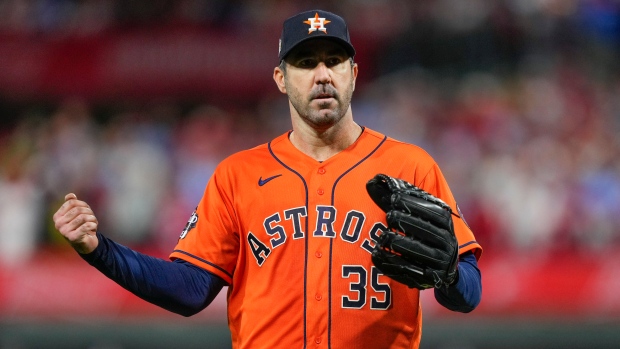 Major League Baseball will look appreciably different in 2023, when pitch clocks are implemented, bigger bases are introduced and defensive shifts are practically outlawed. But the effects of those changes might start to be felt now, while rosters are being constructed. The industry's front-office executives gathered for the general managers meetings in Las Vegas earlier this month and spent a lot of their time talking about how the new rules might impact the way players are valued.

We know the pace of the game, a priority for the league, will be quicker. (The average game time in the minor leagues last season dropped by 26 minutes with a pitch clock -- from 3 hours, 4 minutes to 2 hours, 38 minutes -- according to data provided by MLB.) But we don't know the extent to which the three new rules might impact how games unfold and, thus, how teams are built. MLB, in constant pursuit of the casual fan, doesn't just want shorter game times; it wants more balls in play, more action on the bases, perhaps eventually more innings from pitchers. It wants a new way to win -- a pursuit that should inspire creativity from the sport's architects.

"It's going to be fun trying to figure out where the opportunities for us to win with these new rules are that maybe another team won't be on," said Boston Red Sox chief baseball officer Chaim Bloom. "Why can't we be first to those opportunities? For the most part, we're trying to stay grounded to what we know players do to help us win baseball games. I don't think that's going to change dramatically. If there is something dramatic, it might come from something we didn't spend much time thinking about and we won't really know until there's 30 teams out there playing with them."

But people of Bloom's ilk will nonetheless spend a lot of their offseason anticipating. That's the job, essentially. What follows are their prevailing thoughts on how pitch clocks, bigger bases and shift restrictions might impact clubs' valuation systems.

It's a good time to be a left-handed pull hitter

This was by far the most popular notion among executives when asked about the types of players who might attain the most value with the new rules. A quick look at the numbers support their theory. The shift was used on 34% of plate appearances last season, nearly three times more often than it was just five years earlier. Lefties were shifted against a whopping 55% of the time in 2022, according to research by ESPN Stats & Information. Batting average on balls in play by left-handed hitters was .283, the lowest in a full season since 1989 (for righties, who were shifted on 34% of the time, it was .296). Their BABIP on ground balls was a miniscule .219.

The rules limiting the shift will require all four infielders to place both feet within the outer boundary of the infield; two of them must reside on each side of second base. Those restrictions were utilized in Double-A and at both Class A levels this past season, and only marginal increases in BABIP were experienced (BABIP by left-handed hitters on ground balls went from .240 to .249 year over year). But shifts are far more prominent in the major leagues, where suddenly you won't see that additional infielder in shallow right field -- a potential boon for the left-handed power hitter.

A prime example of their increasing value has already presented itself with Joc Pederson, who made a combined $13 million off back-to-back free-agent contracts in 2021 and 2022 but accepted the $19.65 million qualifying offer from the San Francisco Giants for 2023. Giants president of baseball operations Farhan Zaidi spoke to reporters shortly after Pederson accepted the offer and said, "If you ask Joc, he probably thinks he's going to win the batting title next year."

Seattle Mariners president of baseball operations Jerry Dipoto: "I can't think of a team that I've talked to so far that hasn't expressed interest in acquiring left-handed hitting. I do think that's the most obvious difference. I don't know if it will immediately affect roster building, but I think it's going to affect the way the game is played. If it doesn't impact roster building now, it will a year from now."

Detroit Tigers president of baseball operations Scott Harris: "The banning of the shift presents new opportunities for left-handed hitters. That's the demographic that batted balls were eaten up by with the shift."

Los Angeles Dodgers GM Brandon Gomes: "My sense would be the left-handed slugger [will attain more value], just being able to accumulate more hits and not just do damage. That would be my pick. You could argue a lot of other things. But we don't really know what the pitch clock is going to do. There could be a bunch of things that we're not even appreciating right now that play out."

Free agents it helps most: Twelve qualified players were shifted against on more than 75% of the pitches they saw from 2017 to 2022. They are, in descending order: Chris Davis, Carlos Santana, Joey Gallo, Justin Smoak, Kyle Tucker, Yordan Alvarez, Matt Carpenter, Jay Bruce, Mitch Moreland, Matt Olson, Brandon Belt and Max Muncy. Santana, Gallo, Carpenter and Belt are all free agents this offseason.

Speed -- particularly infielders with range -- will be at a premium

The end of extreme shifts means infielders, particularly up the middle, will be tasked with covering more ground. Teams will have a harder time getting away with non-traditional second basemen, and shortstops with above-average range will probably become more important.

That's where executives seem to be focusing right now -- but there's also a baserunning component, though the potential impact in that realm remains a mystery.

Base sizes will increase from 15 to 18 square inches, shortening the distance between first and second and second and third by 4.5 inches (it's three inches from home to first and third to home). MLB has pinned the reasoning to injury prevention (base-related injuries at the four full-season minor league levels went from 453 in 2021 to 392 in 2022, when bigger bases were implemented, according to the league). But perhaps base-stealing, a dying skill that captivates fans, will see an uptick. There were only 0.68 stolen-base attempts per team game this season, fourth fewest since 1969, which marks the beginning of the Divisional Era. The only years in that stretch with a lower rate: 2019, 2020 and 2021.

According to MLB, the full-season minor-league levels went from 2.23 stolen-base attempts and a 68% success rate in 2019 to 2.83 at a 77% success rate in 2022, seemingly a product of both the bigger bases and a new rule that will limit pitchers to two pickoff attempts per plate appearance.

Washington Nationals president of baseball operations Mike Rizzo: "Athleticism will be a premium since that will impact the changes both on offense and defense. It'll be a slow building process to see how it plays out."

Chicago White Sox GM Rick Hahn: "The pitch clock is going to be the biggest adjustment because it's on every play, but the shift will have the biggest impact in terms of roster construction. You'll need to see more athleticism out of your middle infielders than you were able to get away with in the past."

Harris: "Banning the shift creates a higher premium on infield range because you can't cover for range by positioning as you're used to. You price that into your decision-making when it comes to personnel."

Krall: "We'll look at infield defense a little differently without the shift."

Chicago Cubs president of baseball operations Jed Hoyer: "You can't hide guys in the shift anymore. You want athleticism to cover that space. The days of seeing some below-average guys playing second base are going to be gone. That's worth thinking about."

Oakland Athletics GM David Forst: "I've heard talk about that. I think we have such a good idea of a player's athleticism, his ability, how he moves for the ball in the infield. We're still gonna do the best we can positionally, so I'm not playing a second baseman straight up every time just because we can't shift. You're still gonna have the ability to move it around. I think maybe that's a little overblown, but obviously you're gonna need a little more range to play just about everywhere."

Free agents it helps most: Trea Turner, a highly coveted shortstop this offseason, is one of the fastest players in the sport. His value as an elite base-stealer is even greater now. Keep athletic free-agent second basemen like Jean Segura, Adam Frazier and Josh Harrison in mind, too.

WANTED: Pitchers who can work faster -- without diminishing their stuff

MLB's main motivation for the pitch clock is quickening pace and shortening game times. It sees a health component, as well, noting that pitcher injuries in the minor leagues went from 1,058 in 2021 to 782 in 2022. The league believes the cumulative effect of playing shorter games, getting more sleep and letting the body recover for a longer stretch might have played a part in the dip. Another, less-publicized hope is that the cartoonish stuff that has proliferated the sport -- the hellacious slider, the triple-digit sinker, etc. -- will diminish if pitchers don't take so long to gather themselves. Some, like Dipoto, refute that notion.

Dipoto has instructed his minor-league employees to coach against what he calls "the long burn" dating back to his days as GM of the Los Angeles Angels. He believes it's better for development -- for the pitcher, the batter and the fielders -- when pitchers throw at a faster tempo. It keeps infielders sharper, builds better stamina for pitchers and increases the level of difficulty for hitters. He has found that pitchers can adapt rather quickly to a pitch clock, and he has found that their stuff isn't compromised by working more quickly.

Said Dipoto: "Some of the stuff-iest guys I've ever seen are fast workers."

Cleveland Guardians president of baseball operations Chris Antonetti: "The pitch clock won't impact roster construction. In time, everyone will adapt to it. In terms of it affecting max ability and for how long pitchers can go -- I'm not sure anyone has full visibility on that."

Forst: "There's definitely something to be learned by how quickly a guy works. I think it's hard to quantify what the skill is, but look, we saw pitchers who were in Triple-A with a pitch clock come up without a pitch clock and they worked differently. And you ask them and they say, 'I don't have to work quickly in the big leagues. I can take more time.'"

Milwaukee Brewers GM Matt Arnold: "The pitch clock will be a factor more from a training perspective than an acquisition one, but we don't know how these are going to play out yet. I'm intrigued how it could impact acquisitions. We just don't know."

St. Louis Cardinals president of baseball operations John Mozeliak: "I think pitchers are going to adapt to it. I think hitters are the ones who are going to have trouble. Pitchers do it all the time. Pitchers on rehab don't seem to have a problem. When you look at younger guys that are coming up, they're staying in the box, they're ready to go, they're ready to hit. And I'm just wondering -- [hitters] who have been in the league now five, 10 years, how are they gonna deal with it? I think spring training is gonna be really telling."

Free agents it helps most: That's really difficult to know right now. But for reference, here are the five fastest workers in baseball from 2021 to 2022, among those who threw at least 1,000 pitches, per Statcast: Wade Miley, Brent Suter, Aaron Ashby, Taijuan Walker, Josh Fleming. And the slowest (based on average tempo with the bases empty): Kyle Finnegan, Jake Diekman, Jose Suarez, Clay Holmes, Yu Darvish. Miley and Walker are free agents.