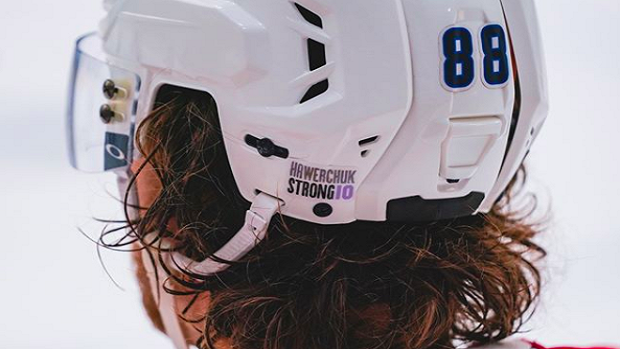 The Winnipeg Jets made an addition to their uniforms on Tuesday.

As a way to show support for Jets legend Dale Hawerchuk during his second battle with cancer, the team added Hawerchuk Strong decals to the back of the helmets.

The #Jets added #HawerchukStrong decals to their helmets in support of Dale Hawerchuk. 👏 . (🎥: @nhljets)

Jets GM Kevin Cheveldayoff discussed the team’s decision to stand behind Hawerchuk during this tough time on the team’s official Zoom call, and was a little emotional.

"Dale Hawerchuk was a very big supporter of Mark Scheifele when we went through the draft process and had lots of conversations. Dale is going through a tough time right now. We as an organization are here to support him. We wish him all the best in his fight. He's one of our family, and we're with you, Dale."

The entire hockey community is standing behind Dale Hawerchuk during his fight.