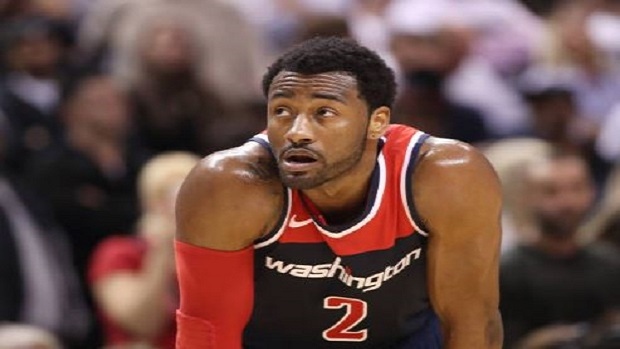 A lot of basketball fans were convinced the Toronto Raptors were going to advance to the second round with ease after watching the first two  games of their opening round series against the Washington Wizards, but that all changed after the Wiz picked up two big wins this past weekend to even the series at two games apiece.

One player who has been playing out of this world for the Wizards all series long is point guard John Wall. In the first four games of the series, Wall is averaging 26.8 points, 13 assists, 5 rebounds and 2.8 steals per game, and on Monday afternoon the 27-year-old revealed an interesting conversation he recently had with Drake.

According to Wall, Drake told him that he would have the broom ready for him and the Wiz after the Raptors took the first two games at home and it seemed to motivate him as he posted back-to-back double-doubles in Game 3 and Game 4.

We’re guessing that Drake is going to be a little rowdier during Game 5 on Wednesday night than he was during Game 1 and Game 2.