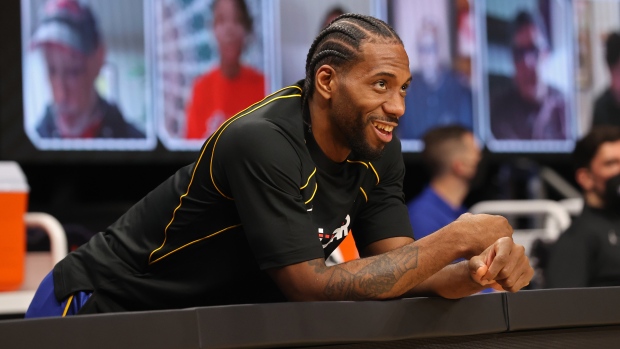 While Kawhi Leonard has the reputation of being one of the most low-key and hard to read superstars the NBA has ever seen, he’s definitely a savvy businessman with a track record for success. His New Balance partnership is forever iconic, and how could we ever forget the ‘fun guy’ and ‘board man gets paid’ shirts that sold out instantly over and over again?

Kawhi just announced his most recent venture in the most uncharacteristic way possible – with his first-ever Instagram live.

Leonard just announced "Culture Jam", a project he’s been working on that merges hip-hop and basketball. Kawhi teased the first song from the project that features NBA YoungBoy and Rod Wave on IG live with high school basketball player Mikey Williams, and it sounds like an absolute jam.

NBA YoungBoy and Rod Wave will be releasing a new single together this Friday off Kawhi Leonard’s ‘Culture Jam’ project pic.twitter.com/IFfiOPwzlA

Congrats to Kawhi on his newest endeavour!