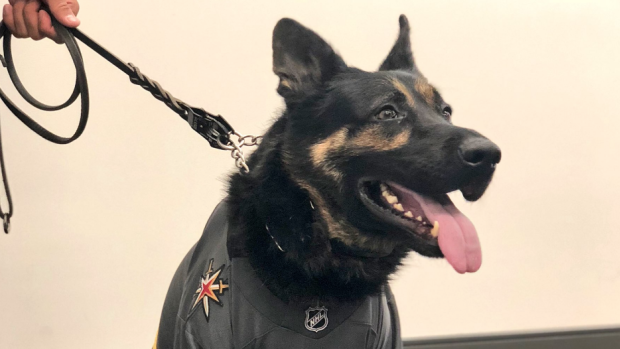 Thursday night, the Vegas Golden Knights open their second round series against the San Jose Sharks and if you thought the city of Vegas was pumped for the playoffs before they started, it's even more pumped now that they've advanced.

The latest example of how excited the city is comes from the Las Vegas Metropolitan Police Department as they introduced their newest service dog in the canine unit with a name fans of the Golden Knights will love:

The newest @LVMPD service dog in the canine unit

Knight is now patrolling the streets of Vegas and cheering on the Knights at the same time.

Safe to say the Golden Knights have the entire city of Vegas behind them, which has been the case all season long, and it's not going to be easy for the Sharks to beat them, especially when you consider they've yet to do so in regulation.

The first matchup of Round 2 is set. Do the #GoldenKnights have the advantage? 🔥🤔