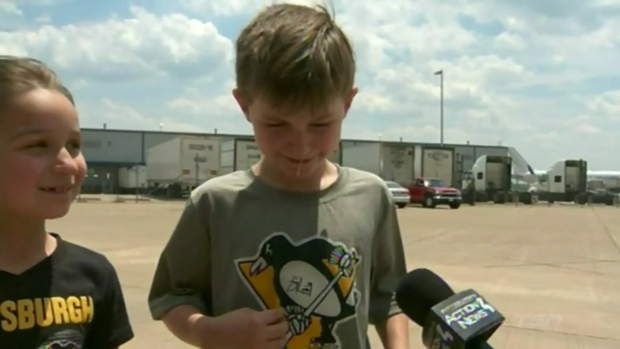 On Sunday night, the Pittsburgh Penguins won the Stanley Cup Final in Nashville over the Predators. On Monday, they brought that title home to Pittsburgh.

Upon arrival with their second straight Stanley Cup championship, a crowd of Penguins' fans waited for them, cheering them on and showing pride in their team.

One little man was excited to see the team, in particular his favourite player Sidney Crosby. Crosby was nice enough to meet the young man and sign his shirt, and it's safe to say he was a little emotional about the moment he shared with the Penguins' star.

This kid is a true Sidney Crosby fan 👏 . Via: @wtaetv

The above video is just one reason why we love hockey. No matter what people say, these players are heroes in the eyes of the youth, and on this day Crosby made this little mans life.

Kudos, Sid the Kid. You have a fan for life.