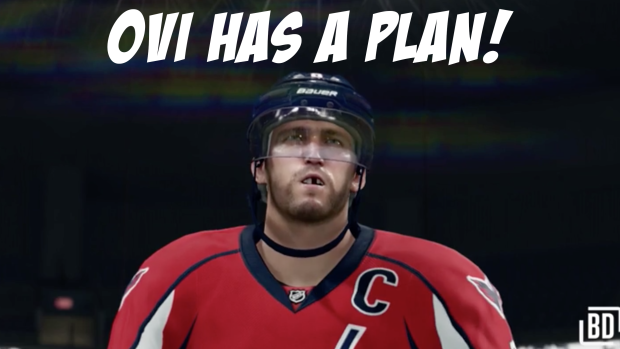 So what happens when you spend just as much time in front of a screen playing sports games as you do watching live sporting events? Every thought we have gets passed through a distinct, pixel based filter. With that we present to you our newest series...Thumb League.

With players still dealing with the NHL's decision to not attend the 2018 Winter Olympics, this week we examine Alexander Ovechkin's brilliant strategy to ensure that superstars will still be able to make the trip to Pyeongchang.

That's a foolproof plan if we've ever seen one.  Any chance it would actually work in real life, though?

Episode 2: Was the triple deke a good move?

Episode 3: Matthews and Marner taking singing to the next level in NHL 17

Episode 4: The life of a ‘Grocery Stick’

Episode 6: Night of the Living Franchises

Episode 8: If NHL Commercials we like Monster Truck ads