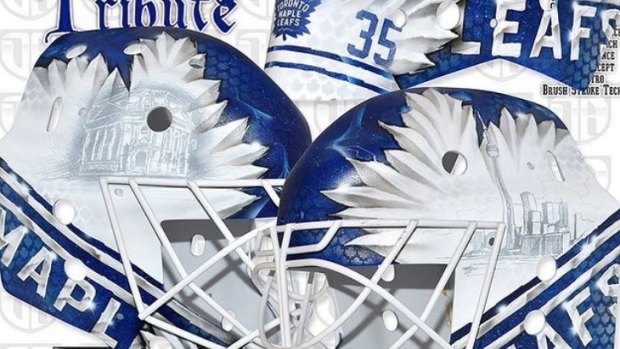 What’s the best part about goalies getting traded?

Getting to see how goalies design their gear to match with their new teams, obviously!

The NHL goalie carousel was firing on all cylinders this off-season, and the Maple Leafs’ Frederik Andersen wound up signing with the Carolina Hurricanes. In turn, the Leafs acquired their goalie, Petr Mrazek.

Mrazek has spent the last three seasons with the Hurricanes, and was due for a gear update when he signed with the Leafs this summer. He partnered with legendary goalie mask designer David Gunnarsson to create his look for the upcoming season, and we think Toronto fans will love what he’s picked out for his bucket.

The mask features the Toronto skyline as well as the Hockey Hall of Fame, and we think the design turned out great.

Let us know your thoughts @BarDown!