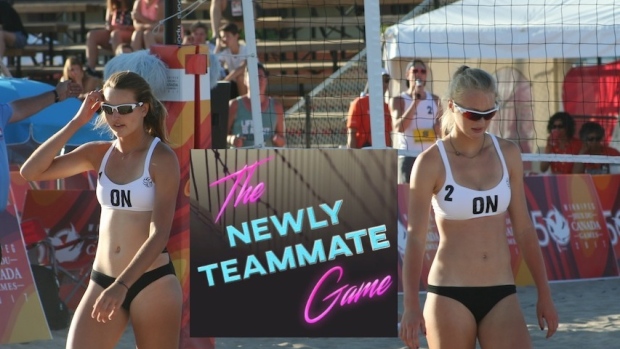 The Canada Games are underway in Winnipeg, Manitoba, and young athletes from all across the country are showing off their stuff.

Team Ontario Beach Volleyball teammates Lea Monkhouse and Molly McBain are two of those athletes, going undefeated in the tournament so far and looking in sync as every before.

The two Ontario players have been teammates for just over a year now, and learn more and more about each other every day they spend together. But how much do they really know each other?

Monkhouse and McBain wanted to test just how well they really knew one another by taking part in TSN’s ‘The Newly Teammate Game,’ a fresh sports teammate remix of the classic American television show.

See how well the two know each other in the video above.

Monkhouse and McBain continued to cruise on Tuesday night, as mentioned above, by defeating Josie and Kearley Abbott of  hometown Team Manitoba, which was broadcast live on TSN.