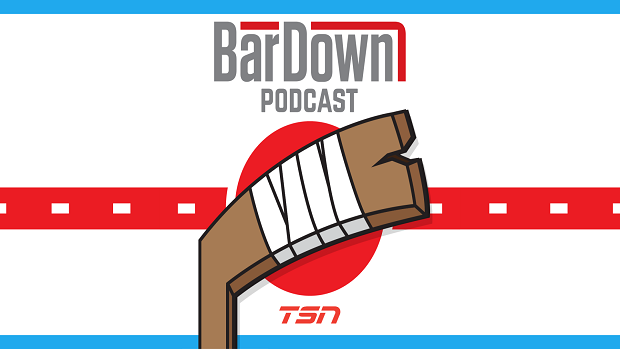 The BarDown Podcast is here!

So, apparently Justin Bieber is a home-dresser?

You may have found that out if you’ve already listened to the brand new BarDown Podcast. The first episode was just released and is titled “Fighting Justin Bieber”. It is just one of eight podcasts that will be released over the next eight months – one every Monday – each one exploring a different story at the intersection of sports, internet culture, technology and social issues.

The podcast is hosted by Corwin and DZ, but different members of the team join them frequently to discuss different topics that they are passionate about. From the underground coin market in sports video games to what it’s like to play beer league with the most famous hockey player in the world… Justin Bieber.

You can listen to the first episode here:

We have started a BarDown podcast!

The first season will be released in eight different episodes, with one coming out every Monday. Each one will explore a weird hockey story we found interesting.

If you’re not familiar with some of Bieber’s beer-league accolades, here are some of the highlights he has posted in the past.

My dangles were unreal.. did u see that shot? I'm number 20. #dangles #20 #iceicebaby #uthoughtthiswasagam... https://t.co/cpVbT9LRCl

For more information on the podcast as a whole and the upcoming episodes, click here to visit the podcast home page and the episode guides.

In the meantime, you can also check out some of the video from Bieber’s altercation captured on TMZ that got the other team’s goalie suspended from the league. We have to say, that two-hand to his stick was brutal. We’d be just as mad if we were him – even if you are a multi-millionaire, that’s just disrespectful.

Find out what it’s like to play against Justin Bieber in the beer-league on the first episode of the BarDown podcast. . Click the link in our bio to listen!