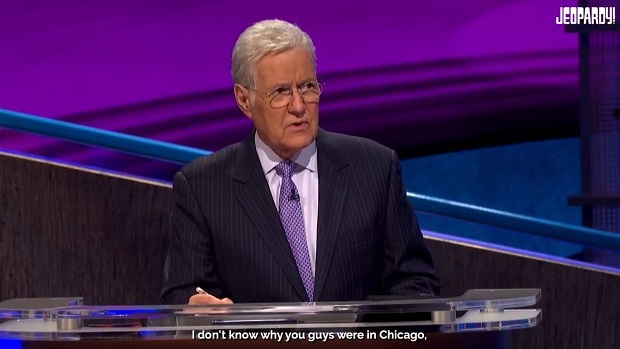 Even the biggest sports fans don’t know the answer to every sports-related clue that appears on the program, but you don’t need to be a huge sports fan, or a New England Patriots fan for that matter, to know the answer to some of the clues in one of their recent categories titled ‘Patriots Games’.

This @Patriots category has as many clues as @TomBrady has rings.*

*We write one extra clue for every category, just in case. pic.twitter.com/bLnAcv44Xy

The first answer was an easy one, and Jennifer got it pretty quickly. The next clue, however, seemed to send the contestants 1,100 miles west as there were back-to-back answers featuring Chicago stadiums – which Alex Trebek had no problem calling them out for.

Even if you didn’t know the answer to the $1200 clue, guessing Tom Brady is probably the safest answer to have when it comes to Patriots clues, and they got it right. The Snow Plow Game was easily the toughest clue in the category, while the last clue was one of the easiest, but apparently none of them know who Robert Kraft is.

It’s always great as a sports fan to watch some of the world’s most intelligent people shoot out answers to clues a majority of the population would never be able to guess and then look like an average person once the sports categories show up.