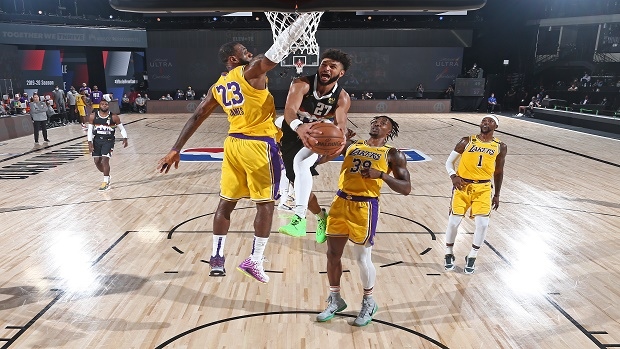 Kitchener, Ontario: how ya feeling?

After all, you have a move named after you now!

Jamal Murray has separated himself from the pack this postseason with his outstanding play, but tonight, he’s really outdone himself.

The 23-year-old Canadian threw down a highlight reel up and under layup for the Nuggets in their series versus the Lakers tonight, and as if it wasn’t already impressive enough, it was over LeBron James’ head.

Jamal Murray. Are you for real?! pic.twitter.com/YCLiRCK9MC

People were quick to point out a pretty stunning comparison, and it looks a LOT like this MJ play.

It’s hard not to be aboard the Jamal Murray hype train, and the young Canadian deserves all the praise he’s getting right now.