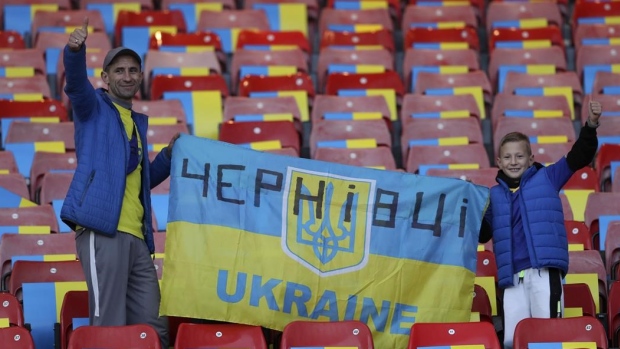 The new partnership was confirmed during a news conference at the Swiss headquarters of UEFA, European soccer's governing body.

"Now it's not an Iberian bid but a European bid," Spanish FA president Luis Rubiales said on Wednesday in UEFA's headquarters in Nyon, Switzerland.

Portugal's FA president Fernando Gomes said: "It's an honour to include Ukraine in our bid. The two federations have informed of their intention to UEFA, who have given us the full support. Football is more than football.

"It's a logical and natural decision. We've had the unconditional support of UEFA. "Ukraine cannot disappear from our minds once the war is over. We have to give them hope."

In a statement, the FPF said that the terms of Ukraine joining the candidacy would be defined in due course.

"The example of tenacity and resilience set by the Ukrainian people is inspiring. This proposal aims to contribute through the power of football to the recovery of a country undergoing reconstruction," the FPF said.

The Spain, Portugal and Ukraine bid for the 2030 tournament is backed by UEFA and will compete against other candidacies such as a collaboration between Egypt, Greece and Saudi Arabia, and a joint South American proposal from Uruguay, Argentina, Paraguay and Chile.

Last week marked seven months since Russian forces rolled across Ukraine's borders in the largest military invasion in Europe since World War Two. Moscow calls its action a "special military operation" while Kyiv and its Western allies say it is an illegal land grab.

Tens of thousands of people have been killed in the conflict, millions have fled and cities and towns have been reduced to rubble.

In a statement released on Wednesday, the RFEF said: "The candidacy (of Spain, Portugal and Ukraine) strengthens ties with Europe by generating hope and providing reconstruction tools to the Ukrainian people, who have expressed their pride and gratitude for participating in this project."

The 2022 World Cup will begin on Nov. 20 in Qatar, while the 2026 tournament will take place in the United States, Canada and Mexico.