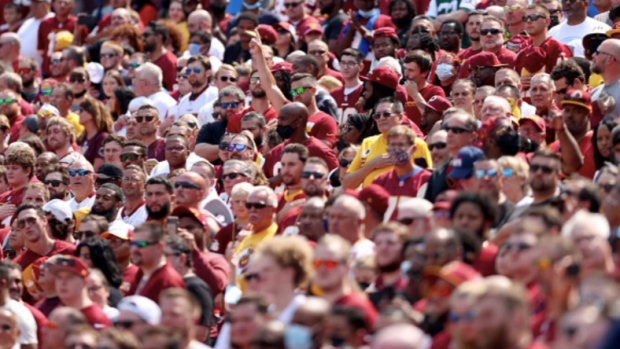 Watching NFC East football, under any circumstances, is knowingly subjecting yourself to a certain amount of sewage.

Washington kicked off their 2021 campaign at home at a packed FedEx Field against the LA Chargers yesterday. While the game itself resulted in a 20 -16 loss for Washington at the hands of the Chargers, what happened off the field was even worse for Washington fans.

Fans were just enjoying the first Sunday back at the field, when a pipe above them burst and started spilling water onto the bystanders below. In the video, you can hear a fan yell ‘it’s sewage!!!’. Um, ew.

Luckily, it’s since been reported that it wasn’t actually sewage, and was rain water from a storage tank.

UPDATE: The liquid isn’t sewage. The leak came from a storage tank filled with rain water at FedEx Field. @wusa9

Though it’s definitely better than sewage water, it’s not at all the Gatorade shower fans prefer on Sundays. Hopefully things work out better for Washington and their fans next week!