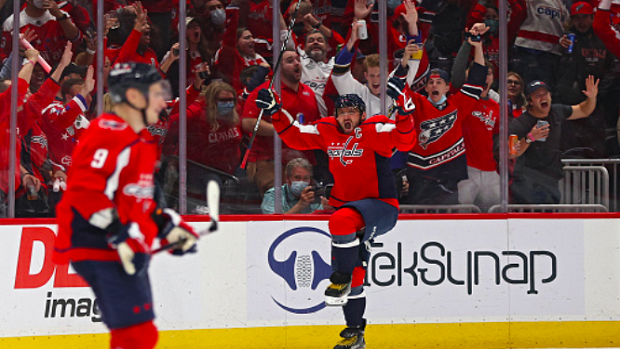 The 9-time Rocket Richard Trophy winner netted two goals in the Washington Capitals’ 5-1 win over the New York Rangers in the opening game of the season for both teams, and they were both pretty big goals when it came to the league’s all-time scoring list.

Alex Ovechkin scores his second goal of the game and the 732nd goal of his career, passing Marcel Dionne for the fifth-most goals in NHL history. pic.twitter.com/DB69EbxHoM

Shortly after his second goal of the night, the Capitals played a special message from Marcel Dionne, who congratulated Ovi on passing him on the all-time scoring list and for accomplishing such an amazing feat in his already impressive career.

Listen to the full unedited congrats message from Marcel Dionne to Ovi.#ALLCAPS pic.twitter.com/ipaVDBVORz