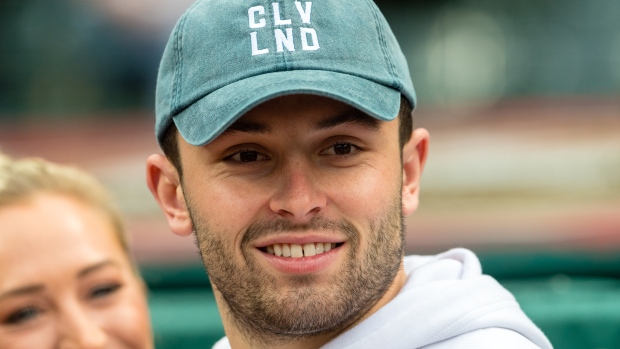 As about 90 percent of the athlete population remains absorbed in the Fortnite videogame, the dances in the game have taken off as celebrations in the sports world. Whether it’s boxers performing the “Take the L” dance after wins or entire track-and-field teams performing emotes in unison, it’s safe to say that Fortnite has taken over.

After being drafted into the NFL with the first pick by the Cleveland Browns, Baker Mayfield has also joined the pantheon of athletes declaring their love for Fortnite. Here he is, decked out in his full Browns uniform for a rookie photoshoot, showing off his dances from the game:

Hey, not bad! His first dance is the new “Orange Justice” dance that was added at the beginning of the month, after a user-submitted dance from a young boy known only as the Orange Shirt Kid went viral.

Mayfield is bringing dance moves from the game to reality, but it isn’t completely out of the realm of possibility to think that he might end up in the game at some point. Fortnite has already dabbled with bringing the signature celebrations of athletes into the game, with Conor McGregor’s strut already memorialized: