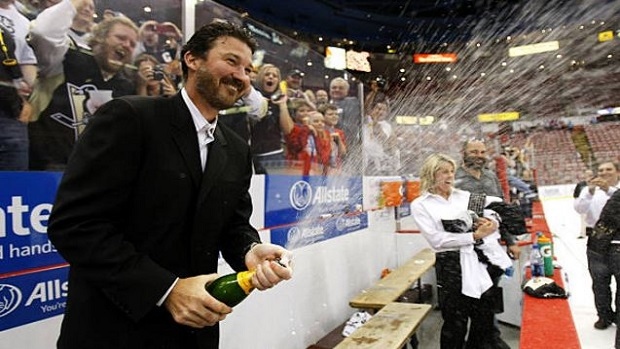 Paul Bissonnette was drafted in the fourth round of the 2003 NHL Entry Draft by the Pittsburgh Penguins. That summer, then 18-year-old Bissonnette attended his very first NHL training camp and it was a pretty memorable one considering Mario Lemieux was on the ice with him.

The Welland, Ontario native was lucky enough to get placed into the same practice group as Lemieux and it ended up working out in his favour by the end of the training session. In a recent interview with former NHL defenceman Ryan Whitney on his Spittin' Chiclets podcast, Biznasty shared a story from his very first NHL training camp and the moment he knew Mario Lemieux was a legend both on and off the ice.

No one bag skates the legend Mario Lemieux, no one. @biznasty

Aside from being the greatest player in the history of the franchise, it also helped that Lemieux owned the team and could pretty much do whatever he wanted. Either way, owner or not, it’s a fantastic story that shows just how legendary Super Mario truly is.