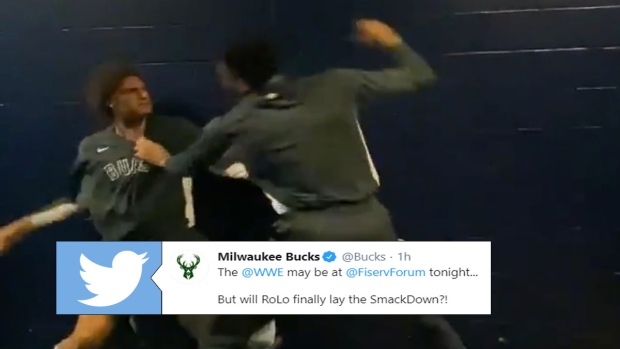 The Milwaukee Bucks are the hottest team in the NBA as they sit 22-3 and head into Friday’s tilt with the Memphis Grizzlies riding a 16-game winning streak.

So, when things are falling into place as nicely as they are for the Bucks right now, you don’t mess with your routine and continue doing whatever it is you’ve been doing up to that point. For the Bucks, part of their pregame routine this season has been acting out wrestling moves before hitting the court, and they were at it again before Friday’s game.

It looked like Robin Lopez had Giannis Antetokounmpo’s number in this tilt, but the Bucks' star quickly turned things around on the big man and hit him with the cobra finishing move.

Giannis broke out the Cobra on RoLo. pic.twitter.com/37j0pqd8Wc

Clearly it’s a bad idea to mess with the Bucks on and off the court right now.