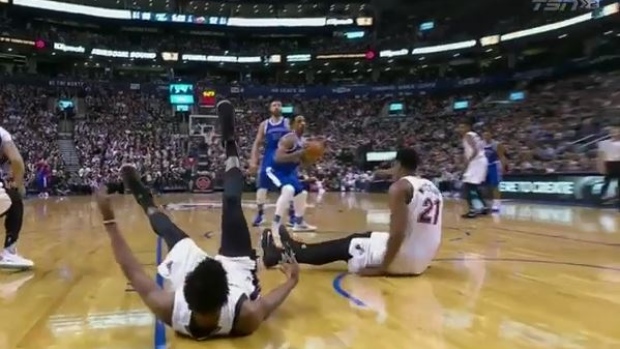 DeMar DeRozan just keeps on adding to the best season of his career.

Averaging 27 points through 72 games, DeRozan has played like a man possessed all season long and has carried the Toronto Raptors on his back for a good majority of the season.

With the Miami Heat in town on Friday night, the Raptors were looking to get a victory to separate themselves from the Wizards and inch a little closer to the Celtics.

Late in the third quarter, DeRozan drove to the basket and ended up taking out two members of the Heat at the same time.

Hassan Whiteside and Josh Richardson ended up on the wrong end of that play, and both ended up taking a hard tumble to the ground as DeRozan added to the Raptors’ lead.