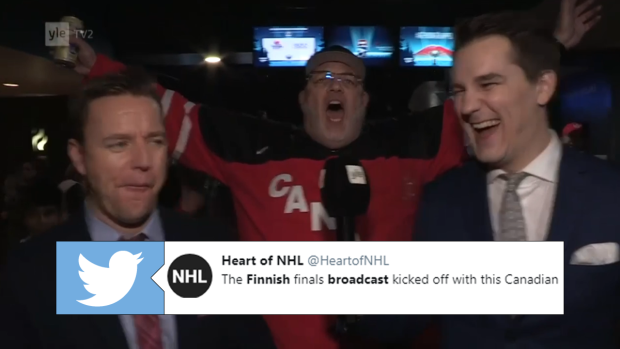 Finland is back on top of the World Juniors after defeating the Americans 3-2 thanks to a dramatic tie-breaking goal with just under a minute and a half to go from #2 overall draft prospect Kaapo Kakko. The goal proved to be the winner, and the Fins lifted the coveted trophy for the 3rd time in just six years, further solidifying themselves as a super power among hockey’s youngsters.

It wasn’t a cake walk to get there though, and they had a few moments where it really looked like they may be heading for heartbreak. None more than their quarterfinal matchup against the Canadians.

The Fins found themselves within a minute of elimination against Canada when they scored a momentum-changing goal to send it to overtime. From there, they took full advantage of Noah Dobson breaking his stick on a shot that had a good chance of ending Finland’s tourney and managed to score just moments later.

This, of course, left Canada heartbroken and in an unfamiliar position – not in the medal running on home soil, something that had never happened before. Do you think Canadians were bitter about this? Well, we know that one particular fan was not.

WARNING: There is NSFW language in the following video:

We think he may have had a few soda pops before “lighting this s*** up”, but we can’t be certain. We do know that he’s holding at least one in this video.

The their credit, the Finnish commentators handled the interruption well. In what we can only imagine is a reporter’s worst nightmare, the reporter on the right even offers the Canadian his microphone. I mean, his message was Pro-Finland anyway, right?

Oh, the trials of live TV…