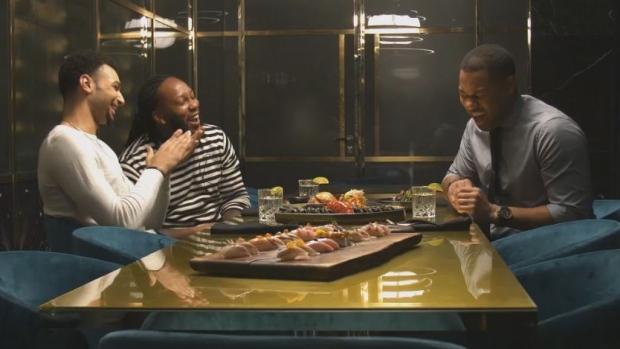 The new PICK6 restaurant in Toronto opened up a couple of months ago and it’s already been the home of plenty of high-class parties and names, including a surprise birthday party for Dwyane Wade that was thrown by LeBron James.

The restaurant is also the site of the new social media series titled ‘6IX DEGREES’, which features discussions between TSN’s Cabbie and Much’s Tyrone Edwards ranging from sports to fashion to the hottest trends in pop culture. The duo had a special guest appear on the latest segment of the series, as Canadian basketball star and Denver Nuggets starting point guard Jamal Murray joined them to discuss various topics such as pre-game playlists, style & fashion, and the art of the three-point shot.

While the 21-year-old Kitchener, Ontario native provided plenty of insight on the topics, he also came prepared and fired off a few knee-slappers throughout the segments.