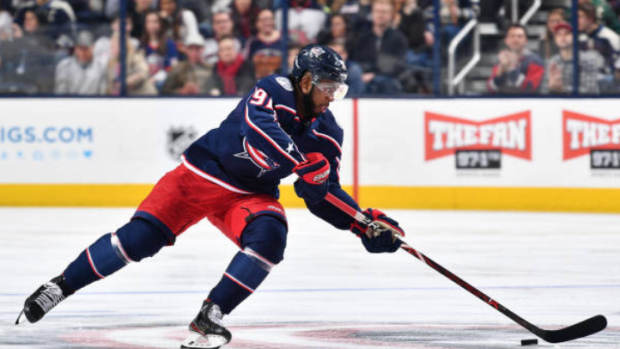 Lost in the comments on Artemi Panarin's unfortunate illness that caused him to crap himself, John Tortorella further divided into why Anthony Duclair remains in coach's dog house.

If you recall on Monday, Torts said that Duclair was concise with his choice of words when explaining why the 23-year-old was a healthy scratch.

Before Tuesday's back-to-back in Duclair's hometown of Montreal, Torts was asked about Duclair, who drew back into the lineup because of Panarin absence, and didn't mince words about his recent play.

“I don’t think he knows how to play” and “He’s off the rails” are just two of the things John Tortorella said to describe Anthony Duclair...who is in the Blue Jackets lineup in a little over an hour because Artemi Panarin is out.

Here are Tortorella's comments on Duclair in full. As you'll see, he mentioned Duclar's high skill level and upside, but man, he let loose on the kid. pic.twitter.com/pogTRcRprw

I still can’t believe what I heard from Tortorella on Duclair. I’ve never heard an NHL coach rip one of his players to shreds like that. Just prior to game time, no less. And in Duclair’s hometown.

The former Ranger, Coyote and Blackhawk finished with zero shots, one block and two giveaways in 11:01 of ice-time in the Blue Jackets' 3-2 loss to the Canadiens.

Tortorella said Duclair wasn't benched, individually, for anything he did "wrong," saying his line just fell out of the mix in the third.

“I wanted to shorten the bench ... I felt comfortable with the three lines.”#CBJ

In 50 games this season, Duclair has amassed 11 goals and just six assists.