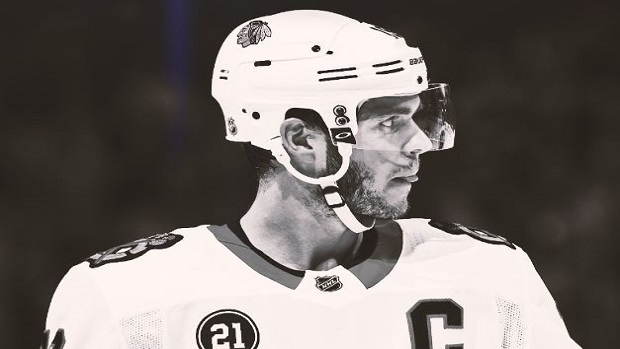 Rivalries in the NHL aren’t as intense as they used to be with there being less and less massive hits and fights year after year, but the rivalry between the Chicago Blackhawks and the St. Louis Blues is still alive and well based on Jonathan Toews’ recent comments.

The Blackhawks’ captain was a guest on ESPN Chicago’s ‘Waddle and Silvy’ on Thursday and he did not hold back while sharing his feeling about the Blues winning the Stanley Cup this past season.

Toews was asked if he watched the Blues win the Stanley Cup, if it killed him to watch it happen, and if there was any part of him that was happy for St. Louis considering the massive turnaround they had, and he made it very clear he didn’t want to see them win.

Ahead of the team’s 12th annual fan convention in Chicago on Friday, Toews was asked about his recent comments and went into further detail, admitting he was cheering for Boston to win it all.

Jonathan Toews on the Blues winning the Cup: "Watching that Stanley Cup final, it was weird, I was cheering for Boston, didn't want to see St. Louis win, but it just had that feeling that they were just too good, they weren't going to be denied."

We’ve noticed there are some fans out there who aren’t happy with Toews’ comments because they make him seem bitter and salty about how things are going, but this is the type of energy we need from players if we want to see the rivalries stay alive.