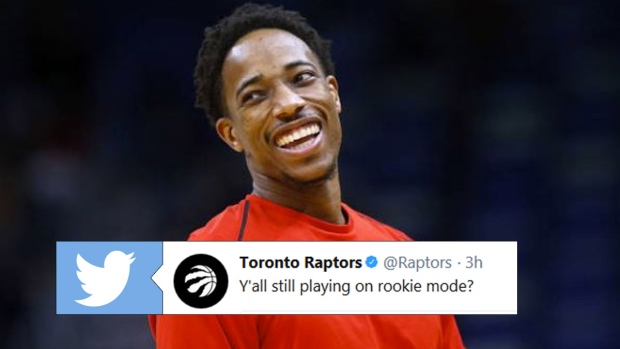 The Toronto Raptors return home from a three-game road trip on Wednesday night as they kick off a three-game home stand with a tilt against the Charlotte Hornets.

Ahead of the game, the Hornets’ social team sent out an NBA 2K preview of their upcoming game with the Raptors on Twitter and the video consisted of nothing but Hornets baskets, as expected.

Back in action tonight and taking on the @Raptors in our latest @NBA2K preview!! 🎮 #BuzzCity

Since the Raptors’ Twitter account was tagged in the tweet, the team's social departmet came across the preview and ended up taking a pretty funny jab at the Hornets’ social team.

Considering the Raptors are 12-7 and the Hornets are 8-11, the Raptors’ social media team has a point.

This isn't the first time they've had fun on Twitter as they took a funny jab at the Houston Rockets a couple of weeks ago.