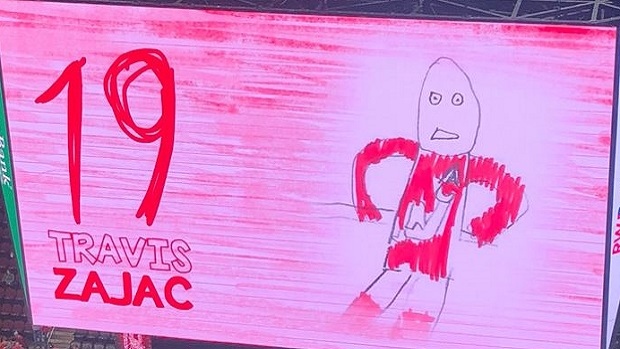 The New Jersey Devils and the Florida Panthers went head-to-head in a rare Monday afternoon game, so the Devils decided to turn it into a Kids Day.

Usually this means family-friendly prices on tickets and concession items, possibly even discounts on selected apparel, but the Devils went all out and made the afternoon all about the kids.

Instead of using the videos they put together ahead of the season to introduce the players they switched it up and used kid-drawn pictures of the players instead.

So, it’s Kids Day here for #NJDevils and during player warmups introductions, the team is featuring kid-drawn pictures of players. And it is amazing and hilarious! 😂 pic.twitter.com/N8PM5Fo3F2

This isn’t the first time a team has made the day all about the kids, but it is the first time we’ve seen a team use kid-drawn photos of players for the player introductions.

They even had a kid reporter in the house to interview players before and after the game.

The Devils blew a three-goal lead and ended up losing the game, 6-4, but at least it was a fun afternoon for the kids. Even if their team didn’t come out on top.