Sidney Crosby is interviewed by a fan on the street. , TMZ/YouTube

It’s a debate that will last for decades; who was the better Penguin: Mario Lemieux or Sidney Crosby?

Prior to the arrival of Crosby, Lemieux was unquestionably the greatest Penguin of all time. His illustrious career included two Stanley Cups, multiple Art Ross awards and a handful of Hart Trophies. Following his retirement, and numerous down seasons by the organization, the Penguins snagged Crosby with the first overall pick in the 2005 draft. ‘Sid the Kid’ has since led the Pittsburgh to three Stanley Cups and managed to pick up some hardware of his own.

A lucky fans caught up with Crosby on the street and asked him if Mario would be mad if he surpassed him as the greatest Penguin ever. In typical Crosby fashion, he handled the question with class and said: “I don’t think he has anything to worry about.” He also tabbed the Pens owner and former franchise star Jaromir Jagr as a stronger duo than he and Russian teammate Evgeni Malkin.

Can we just acknowledge how classy Sid is for a second?

Lemieux currently sits first in regular season franchise points with 1,723 while Crosby sits behind him with 1,116. Crosby can realistically surpass Lemieux as the all-time leader, however, it won’t happen in as many games. Sid has already competed in 864 games whereas Mario finished his career with 915, retiring with a ridiculous 1.88 points/ per game. 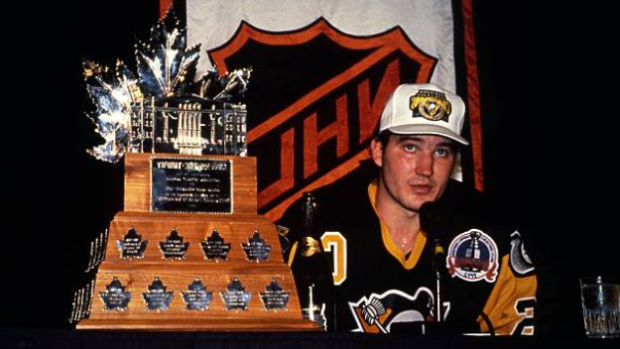 TSN 1050's Steve Simmons recently named Crosby as the 10th greatest played in NHL history, with Lemieux earning a higher vote at number three. But if Crosby continues his Cup streak and can earn another Conn Smythe Trophy, he could ultimately surpass Lemieux as the greatest Pen ever (if he hasn't already).

Just don’t expect him to ever admit it if he does.