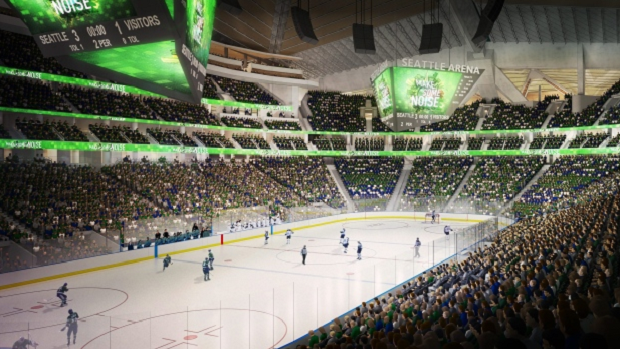 After tons of speculation, hockey fans might have been given their biggest clue to what Seattle’s new hockey team name will be.

Fans have made their suggestions and we even came up with a few of our own, but Governor Jay Inslee potentially put an end to the conversation during an interview with FOX13. While discussing a proposed high-speed rail system between Seattle and Vancouver, Inslee referred the proposed hockey team as the ‘Totems.’

The following is an excerpt from FOXQ13:

"We cannot wait to get on a high-speed rail line to come up and have the greatest hockey rivalry in North American which is the Seattle Totems versus the Vancouver Canucks,”

Uh… was he supposed to say that?

8 of the best team name suggestions from the hockey world for a Seattle NHL team. MORE @ https://t.co/pFPHu0vJ9O pic.twitter.com/rY27zBmofB

The Totems served as Seattle’s professional hockey franchise in the 50’s, 60's and 70’s.

After passing the NHL’s expansion process, NHL Commissioner Gary Bettman announced in December that Seattle will be asked to pay an expansion fee of $630 million. The team could join the league in 2020 and crushed their goal of 10,000 season tickets in just 12 minutes. Per TSN’s Farhan Lalji and Frank Seravalli, 25,000 down payments of either $500 or $1,000 were collected in the first hour.

With the name potentially leaked, fans can start speculating and designing their own concepts for what could be the Seattle Totems.