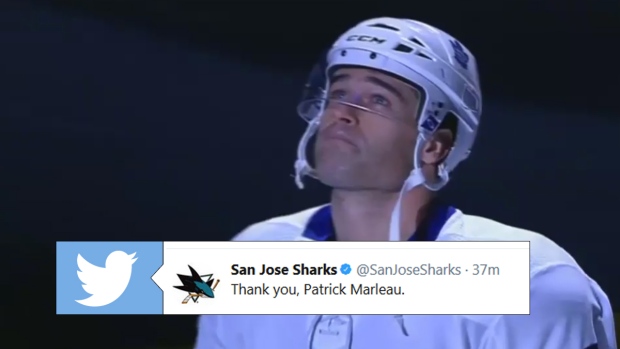 On Monday night, the Aneroid, Saskatchewan native made his first trip back to San Jose since joining the Maple Leafs, and you can bet the Sharks faithful were happy to see Marleau back in town, despite being in the opposing team’s jersey.

Fitting & Ironic the first time the boys and I see Patrick play with a Leafs sweater on, we are in San Jose. #TMLTalk I 💙12 pic.twitter.com/Qa3t5Jqdjt

12 is a popular number tonight. pic.twitter.com/7C3B4AZ9HV

The fans came prepared with some pretty great signs to show appreciation for Marleau and everything he did while he was with the team, and the Sharks took some time out before the game to honour the former captain.

Since the fans have followed Marleau closely since he was 18-years-old, this wasn’t an ordinary standing ovation as it ended up lasting more than five minutes in length.