Patrick Kane only played one season with the London Knights, but based on his OHL goal and point totals you would think he spent a few seasons with the Knights.

In 58 regular season games with the Knights, the Buffalo, New York native scored 62 goals and 145 points, and added another 10 goals and 31 points in 16 playoff games.

On Friday night, the Knights held a special pregame ceremony for the three-time Stanley Cup champion as they sent his No. 88 up to the rafters at Budweiser Gardens.

On Friday, Patrick Kane's #88 becomes the 9th number retired by the London Knights prior to our game against @Sudbury_Wolves 🏒 pic.twitter.com/8GYTRp3iUv

Kane received a special new twig from the Knights during the pregame ceremony before his jersey went up to the rafters, and he now joins Rob Ramage (5), Dino Ciccarelli (8), Darryl Sittler (9), Brendan Shanahan (19), Brad Marsh (22), Rick Nash (61), Dave Bolland (91), and Corey Perry (94) as the only players in team history to have their jersey number retired. 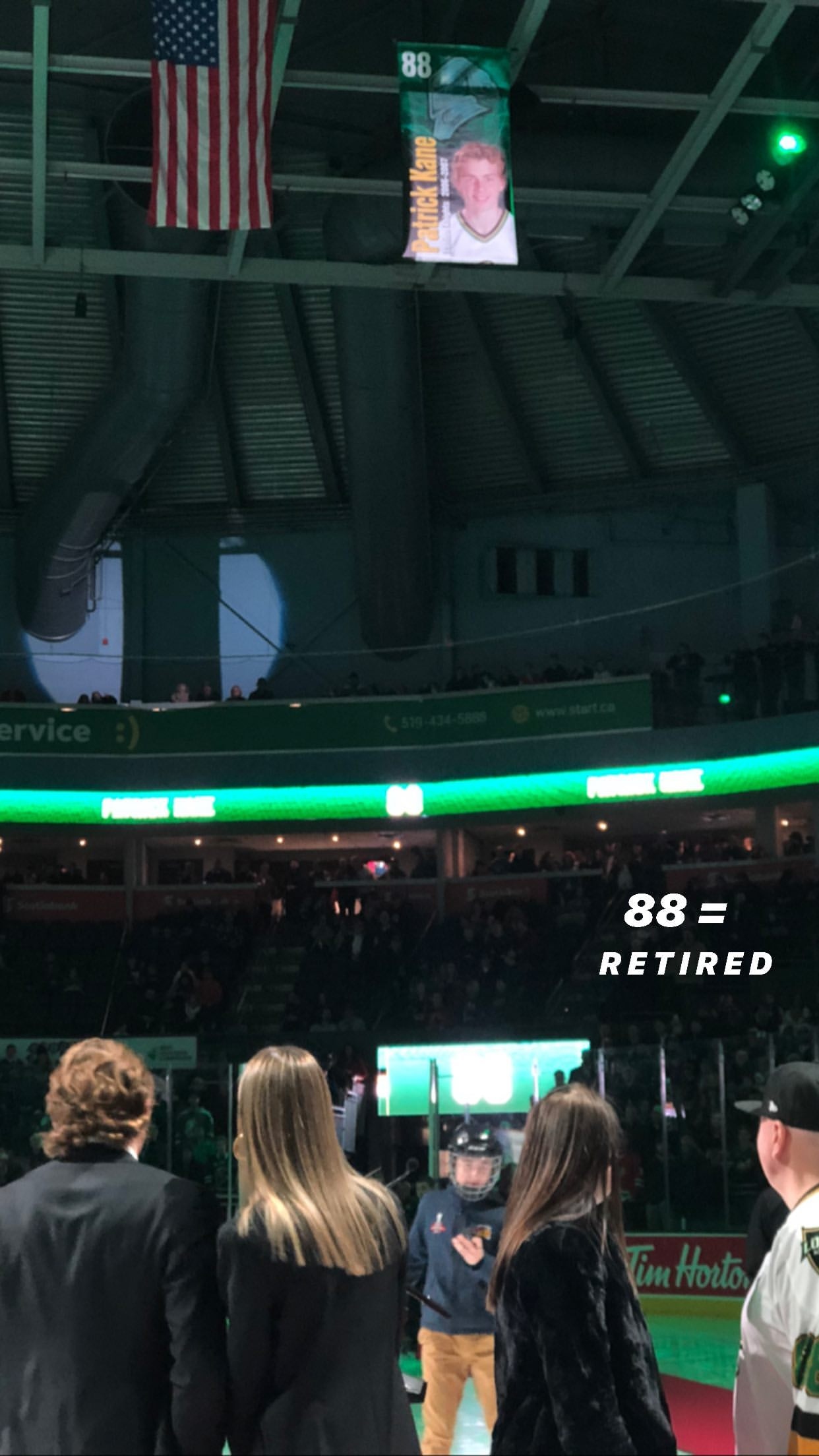 The Blackhawks star got one more unexpected gift before he headed out for the night as a fan tossed a sombrero onto the ice, which Kane gladly put on one last time as he exited.

Kane has a chance to add to his already special weekend on Saturday night in Toronto as he enters the contest just two points shy of 1,000 career points.

Thank you @GoLondonKnights for a night my family and I will never forget pic.twitter.com/ISWkFZ2USE