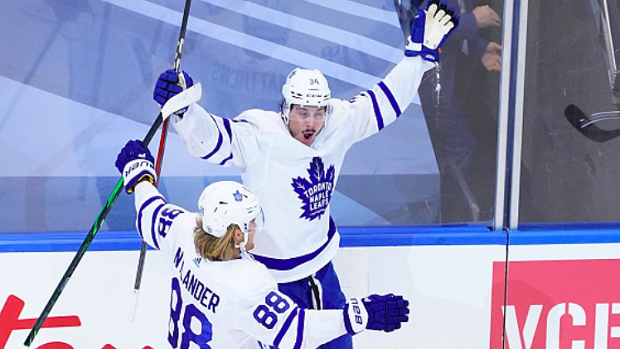 Auston Matthews fell a goal shy of being named a co-winner of the Rocket Richard Trophy, but this year the oddsmakers are expecting the 23-year-old to take home the award.

With the start of the NHL season a few sleeps away, oddsmakers have been releasing and updating NHL awards futures odds and they’ve got Matthews leading the way as this year’s predicted top scorer.

It’s not surprising that Alex Ovechkin comes in at the No. 2 spot considering the Washington Capitals captain has won the award the past three years and nine of his total Rocket Richard wins coming in seven of the past eight. While David Pastrnak was the other co-winner of the award last season, the Boston Bruins forward comes in at the No. 6 spot on the early rankings, with the Edmonton Oilers superstar duo of Connor McDavid and Leon Draisaitl and Colorado Avalanche’s Nathan MacKinnon coming in right above Pastrnak.

Who do you think is going to score the most goals this season?