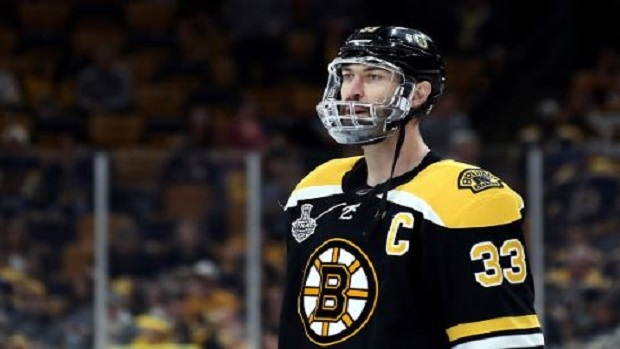 Most people would be sidelined for multiple weeks, possibly even a couple of months, if they suffered a broken jaw. But Zdeno Chara is not like most people.

The 42-year-old broke his jaw in the Bruins’ Game 4 loss to the Blues, so many people just assumed that he would be out of Boston’s lineup for Game 5, and quite possible for the remainder of the Stanley Cup Final. However, the 6-time NHL All-Star proved all the doubters wrong by taking the ice with his team for Game 5 and leading them out for warm-ups.

Leading up to the game, New England Patriots quarterback Tom Brady shared his thoughts on the Bruins captain and explained how he’s been a great role model for people during his career and throughout this year’s playoffs. He also went ahead and predicted that Chara would be in the lineup on Thursday night, regardless of having a broken jaw.

Tom Brady on Zdeno Chara: "He’s been a great role model for people. Very tough, very disciplined, very dedicated guy. One of the nicest guys I’ve ever met in my life. ... It sucks for him to have a broken jaw, but knowing him he’ll be out there if he can."

It’s going to take more than a broken jaw to keep Chara off the ice when the Stanley Cup is on the line.