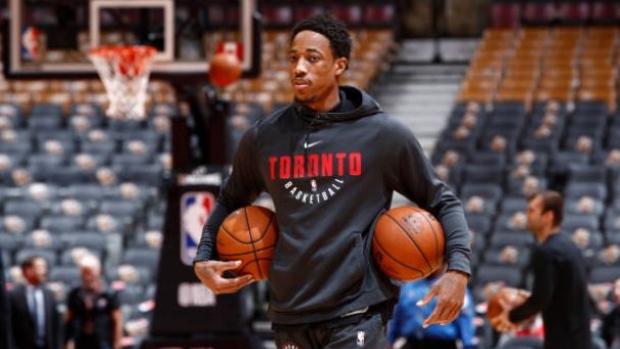 The Toronto Raptors came out flying this season and they haven’t slowed down one bit.

The Raptors enter Tuesday night’s contest against the Brooklyn Nets with an Eastern Conference-best 49-17 record and have a three-and-a-half game lead over the Boston Celtics. On top of having the third-best winning percentage in the entire league, the Raptors also own the best home record at 28-5.

However, they still aren’t getting the respect they deserve from the rest of the league.

Stephen A. on Raps: No one in the East deserves to be a favourite over LeBron

We’re not shocked that Stephen A. Smith went on a LeBron James-related rant, and we’re certainly not surprised that he disrespected the Toronto Raptors multiple times throughout the segment. However, we are surprised that he didn’t give the Raptors, Indiana Pacers or Boston Celtics any credit and continued to say that the fourth-seed Cleveland Cavaliers are the team to beat despite sitting 11 games back of the Raptors and just 10 games above .500.

If Kyle Lowry and Demar Derozan needed any more possible motivation: they should check out what Stephen A. Smith is saying today on First Take.

Max was trying to talk about the raptors. So I respect him

Brah you dissed too hard on #Raptors today !!! #WeTheNorth did you not see us break Houston streak ?! #dontsleepOnUs #provem

HI STEPHEN A SMITH....MOST OF THE TIME AGREE ON WHAT YOU SAY, BUT I CAN NOT WAIT WHEN THE RAPTORS REPRESENT CANADA IN THE FINALS, TIRED EVERYONE OVER LOOKING CANDAS TEAM......

As for the Raptors, they’ve done a good job silencing and muting the critics all year long.

"We take that disrespect and carry it into games." - @DeMar_DeRozan https://t.co/kjd73VPfB1